It can be said that the brothers’ biggest (only?) brush with fame has been their loose association with this Brand Gamblin project:

Yep, that’s the brother’s music you hear in there. Some of it derived from other, more noteworthy antecedents (Modest Mussorgsky, Sheila Cole). But most of it is their own.

Every now and again, some wandering soul would hit up the producer for one of the audio cues. Or present a query about the composition of a particular bit.

The producer kept notes of this. Eventually, he surmised a need to release the C4C efforts to the universe, and so tasked Isaac and Horace on the latest project – The compilation of bits and pieces that the brothers contributed to the Calls for Cthulhu series. MORE than just a compilation, truthfully (the actual words were “make it mo’ betta”).

So it’s with great pride and pleasure that the producer announces the next project: Music from Calls for Cthulhu! 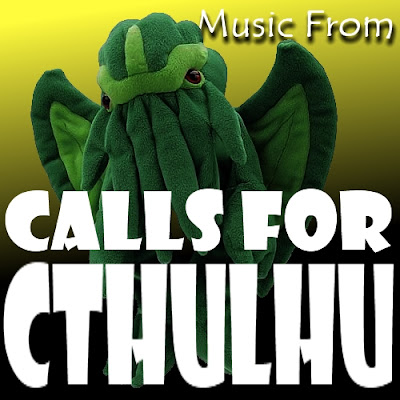 About The Brothers Burn

The Brothers Burn is Austin-based pop-funk-punk-electro-rock producer Scott Osborn, channeling David Byrne, The B-52’s, James Brown, Bob Marley & The Wailers and Frank Zappa into (typically) fun, approachable numbers. Osborn produces electro-pop, dance rock, and the occasional soundtrack. His music has been a regular part of The Milkshake Boom, a movie-based podcast, and has appeared in indie films.

Get Your Genki Records @getyourgenki ·
17h

One hour of J-Power!
Join me with the hottest music from #independent #japan , #synth pick of the week and have fun while I'll get drunk on #korea ( not the country) just before the mighty @casimirradio will take over 🎌 https://twitter.com/kinetic7radio/status/1541352869516951552

Casimir Engine takes over K7R live at 8pm with a whole stack of ace new tunes and loads of daft features you will not find anywhere else!
Tune in at http://kinetic7radio.co.uk, through loads of radio apps and Alexa or Smart TV via myTuner... @casimirradio

Get Your Genki Records @getyourgenki ·
15h